Book Blitz: LOOKING FOR DEI by David A. Willson with Giveaway

LOOKING FOR DEI Digital Assets
About the Book
Title: LOOKING FOR DEI
Author: David A. Willson
Pub. Date: March 22, 2018
Publisher: Seeker Press
Formats: Hardcover, Paperback, eBook, audiobook
Pages: 346
Find it
Goodreads, Amazon, Audible, B&N, TBD
Read For Free With Kindle Unlimited!
Fifteen-year-old Nara Dall has never liked secrets. Yet it seems that her life has been filled with them, from the ugly scar on her back to the strange powers she possesses. Her mysterious father refuses to say anything about her origins, and soon, she and her best friend must attend the announcement ceremony, in which youths are tested for a magical gift.
A gifted youth has not been announced in the poor village of Dimmitt for decades. When Nara uncovers the reason, she uses her own powers to make things right. The decision sets her on a path of danger, discovery, and a search for the divine. In the process, she learns the truth about herself and uncovers the biggest secret of all: the power of broken people. 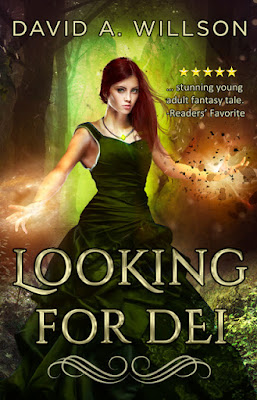 Chapter 4
Nara lay on her cot pretending to sleep, her thoughts lingering on Bylo's secrecy. Anger welled up at what seemed like a betrayal—not just of her, but of the entire village. The ceppit needed power, and she would fill it tonight.
Bylo didn't fall asleep quickly, but once he had, she made her move. The rain pit-pattered on the roof, giving her ample noise cover to steal away. Her exit out the front door was soft but still disturbed a white owl in the nearby tree. Ruffling its feathers, the bird turned its head to face her disapprovingly.
Darkness reigned, and none of the village folk were out, but she moved with caution to avoid waking any dogs that might announce her skulking. The walk to the church took longer than it should have, or maybe it just seemed that way.  What she intended could not be undone, and the risk weighed heavily upon her.  This was a bold move and she knew it, but felt compelled to continue.  It might be the first act of her life that would make a difference. A real difference.  A way to help.
Was that the only reason, or was there more?  Did she want to imbue the ceppit to help other people, or was this also a way to feel some power of her own?  A way to defy her destiny as the girl who must remain quiet, who could not be noticed. The girl who kept secrets.
Being announced in front of the whole village would end those secrets.  Nara would be a gifted, and people would take notice of her.  She would be seen as valuable.  Important. Yes, she wanted that, too.
Upon arrival at the church, she found a window near the back door. She slid it open, pulled herself up over the sill, and landed inside on her bum. Holding her breath, she listened and waited, hoping Father Taylor was slumbering in his room down the hallway.
After a few moments of silence, she rose to her feet, tiptoed to Taylor's study, and tested the door handle. Unlocked. After turning the knob, the door fell open a few inches, but the agonizing creak that came was enough to wake the dead. Fear of discovery paralyzed her, and she heard the priest grumble something in irritation from his room, bed squeaking as he shifted in his slumber. A moment later, the silence resumed. Proceeding into the room, she squeezed through the open doorway and moved quietly to the sacristy behind his desk. Just a fancy footlocker, the chest sat on the floor beneath Taylor's threadbare, stained ceremonial robes that hung on a wall peg above. It bore a padlock.
Curse it! What now?
Kneeling down, Nara inspected the lock in the near darkness, but her only allies were a few stray moonbeams sneaking in through his study window.
Old, rusty, and rarely used, the lock failed to disengage after a hearty tug. Then, as she did when imbuing ink, she closed her eyes and reached down into her energy, grabbing hold. Swirling patterns danced about her vision as she wrapped the power around herself and descended. The internal workings of the device became clear to her—the tumbler, the cylinder. All it would take was a little push. . . click!
Opened. With a thought!
Victory swelled inside her, and she wished to share it with someone—to tell Bylo or Mykel. As quickly as it came, the pride abandoned her. There was nobody she could tell. 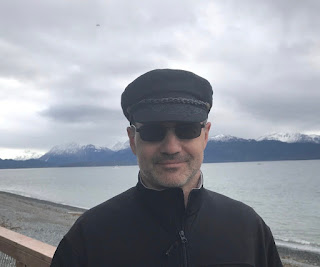 About David
David A. Willson has worked as a restauranteur, peace officer, and now, author. Taught by his mother to read at a young age, he spent his childhood exploring magic, spaceships, and other dimensions. In his writing, he strives to bring those worlds to his readers.
Much of his material is inspired by the "Great Land" of Alaska, which he has called home for over 30 years. He lives there with his wife, five children, and 2 dogs. He is passionate about technology, faith, and fiction--not necessarily in that order.
Looking for Dei is Willson's debut novel, set in a land where many more adventures will take place. Stay up to date with his ongoing efforts through the Looking for Dei Facebook page or visiting the website at davidawillson.com.
Website | Twitter | Facebook | Goodreads
Giveaway Details
One lucky winner will receive a one hoodie and one mug from the Looking for Dei Facebook shop. US Only. 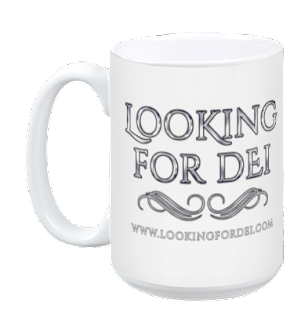 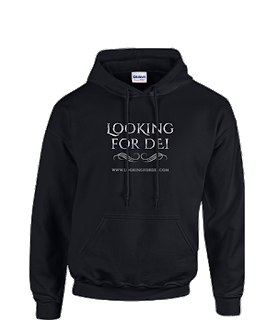