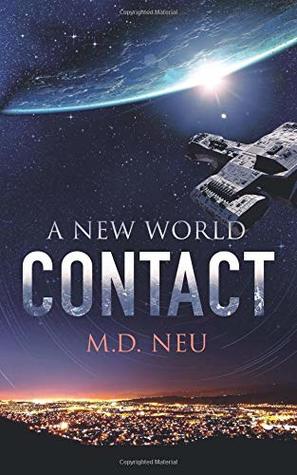 A little blue world, the third planet from the sun. It’s home to 7 billion people with all manner of faiths, beliefs and customs, divided by bigotry and misunderstanding, who will soon be told they are not alone in the universe. Anyone watching from the outside would pass by this fractured and tumultuous world, unless they had no other choice. Todd Landon is one of these people, living and working in a section of the world called the United States of America. His life is similar to those around him: home, family, work, friends and a husband.

On the cusp of the greatest announcement humankind has ever witnessed, Todd’s personal world is thrown into turmoil when his estranged brother shows up on his front porch with news of ships heading for Earth’s orbit. The ships are holding the Nentraee, a humanoid race who have come to Earth in need of help after fleeing the destruction of their homeworld. How will one man bridge the gap for both the Humans and Nentraee, amongst mistrust, terrorist attacks and personal loss? Will this be the start of a new age of man or will bigotry and miscommunication bring this small world to its knees and final end?


Goodreads / Amazon / Barnes & Noble / Kobo
Are you a book blogger?
Join the blog tour here!
EXCERPT
The scene is a nightmare the main character, Todd, has after finding out that aliens are coming to Earth from his brother. The global announcement hasn’t been made yet, so Todd and his husband, Jerry, have had to keep what they know quiet:
Todd hurried along the devastated street, his clothes torn and burned. Around him, a thick blanket of gray filled the air with a putrid smell of rot. He recognized the overturned cart and the woman’s hand grasping out at him.
What happened?
He was at the store.
There was panic. People grabbed and fought over everything in reach. People argued over cans of soup and packages of chips. Pure anarchy. There was so little left when he arrived.
It was every man for himself.
He remembered spotting the bodies of an old couple next to the now emptied-out produce area. They hadn’t stood a chance in the panic. All around him, hysteria, a frenzy that he’d taken part in. He didn’t recognize faces or know names. He remembered stepping over the body of a child. Holding what? Something purple. A woman dead next to him. Her purse’s spewed contents of cellphone, keys, wallet, and change around her. He tried to get what he needed before…before what? He couldn’t remember.
Rushing down the street, Todd no longer comprehended where he was. Finally, he found a familiar house through the endless sheets of gray. Everything burned: trees, cars, homes, and people. All gray, everything covered in an unholy layer of ash.
Slowly, he made his way home. As he walked, he glanced at what remained of a stroller with a burned body kneeling before it protecting a baby. He steadied himself and hurried over to the remains, reaching out his hand in terror.
God in heaven.
His stomach lurched as he fell back, tears streaking his face. It was Steve holding his infant daughter, failing to protect her. Failing to save her. They were dead, everyone dead, all dead. He was distraught as a haze fell over his mind.
He tried to cry out for help but found he had no voice. His throat scorched and voice obliterated. Gone. Was it the rancid smoke around him, or was it the reality of what had happened? Either way, no sounds slipped off his tongue. A deafening quiet surrounded him. A menacing emptiness mocked him with everything he had once held dear. There were no planes, no cars, no dogs, nothing. All gone. Whatever happened long since finished.
Running past the crumbling world and into the remains of his front entry, Todd gasped at the devastation. He didn’t know where else to go.
The burned remains of his once comfortable home taunted him. Home was supposed to be safe. He was supposed to walk through the door and feel happy. He called out Jerry’s name. His voice faltered. The harder he tried, the more ear-piercing the silence became.
Todd rushed to what had once been their living room, he searched desperately for Jerry. How could he not be here? When he went to the store, Jerry was still there, but that had been—how long had it been? He couldn’t remember. When he ran to the den, he found it, too, was in ruins. The large window had blown out, and the heavy curtains were shredded, laying on the floor. Where had Jerry gone? Wrecked room after wrecked room, and there was no sign of Jerry. The house abandoned, except for the layer of gray.
Slowly, it sank in. The aliens hadn’t come in peace. They’d destroyed it all and killed everyone. There was nothing left. He was alone. Finally, he moved to the back door and looked through the shattered window.
A figure hovered over something small in the yard. The figure was covered in filth and torn clothing. Jerry. It had to be. If there was a God, the man there in the yard would be Jerry.
Todd could survive anything, even this, as long as he had Jerry.
He ran to Jerry and reached out to touch his shoulder. His husband turned and gave him a sickening, bloody smile. Todd stopped dead in his tracks, his soul ripped from his body.
Jerry chewed on something, something small, his mouth covered in bright-red blood and white fur. Todd recognized the first thing devoid of the color gray—Bianca’s white fur. Todd heard the words “Mmm, kitty stew.” Jerry’s features were splattered in white fur and blood. 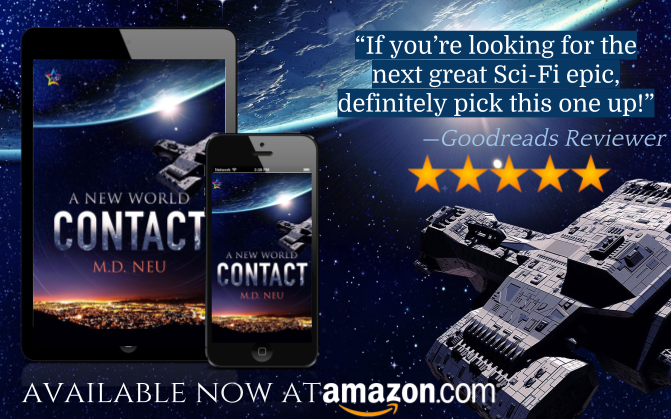 M.D. Neu is a LGBTQA Fiction Writer with a love for writing and travel. Living in the heart of Silicon Valley (San Jose, California) and growing up around technology, he's always been fascinated with what could be. Specifically drawn to Science Fiction and Paranormal television and novels, M.D. Neu was inspired by the great Gene Roddenberry, George Lucas, Stephen King, Alice Walker, Alfred Hitchcock, Harvey Fierstein, Anne Rice, and Kim Stanley Robinson. An odd combination, but one that has influenced his writing.

Growing up in an accepting family as a gay man he always wondered why there were never stories reflecting who he was. Constantly surrounded by characters that only reflected heterosexual society, M.D. Neu decided he wanted to change that. So, he took to writing, wanting to tell good stories that reflected our diverse world.

When M.D. Neu isn't writing, he works for a non-profit and travels with his biggest supporter and his harshest critic, Eric his husband of eighteen plus years.